The Origins of A Kiss?

There’s been a thought at the back of my mind for a while about the origins of kissing. Recently though a comment on a video I’d taken sparked a connection and suddenly everything seemed to fall into place. At the end of it, I perceived a chain of events that could feasibly have led to the origins of kissing in humans.  Although there is evidence to support my arguments it does however remain as biologically informed speculation and I will leave the reader to decide just how plausible it is.

A few years back on a trip to Twycross Zoo, I had taken some footage of Bonobos and uploaded them to YouTube. In one of the videos I’d shortened the video to the most relevant parts and called it ‘Bonobos Kissing’ and in the other I’d called it ‘Bonobos Grooming’. Both videos were uploaded on the same day. However 1.5 years down the line and there is a big difference in the number of viewings these videos have received.

The videos differ in their length and the titles. While the length may be sufficient to account for the difference, my choice of the term kissing in favour of grooming most likely contributed to the added interest in the ‘kissing’ video. The original video is shown below.

However the choice of the term kissing soon generated controversy and it was noted by one reader with an interest in primatology that this type of behaviour was typical grooming behaviour and therefore the term kissing was somewhat misleading. Convinced that there was something there however it lingered in the back of my mind and I was sure I was onto something. A year down the line and I received a comment on another video I had taken of bonobos. This video is shown below.

The comment was simple ‘nice footage’. Having taken a lot of footage of primates over the past few years in order to gather data and without a clear hypothesis, I thought that I had gathered enough to be able to use it to investigate generated hypotheses. I inspected the video again and saw something that I had overlooked the first time around. Perhaps the commenter had seen this. The Bonobo uses its teeth to pull at the hairs on the other Bonobo. There is nothing too unusual. This is a variation on the standard grooming type of behaviour which involves the use of the fingers. What is very interesting however is that Bonobos are less hairy than Chimpanzees and have a relatively hairless face. The Bonobo can be seen to initiate a grooming behaviour with its mouth which as a necessity must convert into a kissing type behaviour in the regions of the other Bonobos face that are not covered in hair.  Suddenly everything seems to fall into place although it does so through a convoluted path.

So here are 5 phases that I propose for the evolution of the kiss in humans.

Phase 2. In Phase 2 the primate loses some of its hair. There are two good examples of this. Firstly there are cases of Chimpanzees that have developed alopecia. One example is Jambo, a chimpanzee at Twycross Zoo who can be seen in the video below.

In the video Jambo can be seen to engage in a type of self-grooming behaviour playing with his skin with his teeth. Jambo has a son who also has alopecia and it is therefore likely that this characteristic was transmitted as a dominant trait. However it does not mean that Chimpanzees lost their hair on the path to becoming humans as there is a slight catch. The catch is that humans didn’t evolve from Chimpanzees. Both Chimpanzees and humans evolved from a common ancestor (or concestor as Dawkins refers to it). Nevertheless Jambo demonstrates the existence of a possible dominant trait which could influence selective fitness through the loss of hair.

The second piece of evidence relating to the loss of hair is to be seen in Bonobos. Bonobos are distinguished from Chimpanzees by their relative lack of facial hair. Bonobos are well researched and in my brief observations they are the most human like of the primates that I have seen. They are less closely related to us than Chimpanzees in the evolutionary timeline however. Bonobos walking upright, using branches as tools and utilising a matrilinear society are just a few examples of Bonobo behaviour that have been observed.

Phase 3. In Phase 3 the primate with reduced hair is able to travel longer distances in hot climates than its hairier relatives. Although there are various lines of research about this, the importance of this was brought home to me after watching the BBC series ‘The Incredible Human Journey‘ presented by Dr Alice Roberts. In hot climates, the hair acts as an insulating layer reduced the loss of heat from the body through convection. The end result is that a loss of body hair should enable the primate to travel longer distances in hot climates without developing hyperthermia.

Phase 4. In Phase 4, the primate with reduced hair travels further distances and acquires more fruit than its hairier relatives. The primate provides potential mates with the fruit in exchange for mating opportunities. Evidence for this has come from a study by Kimberley Hockings and colleagues involving field observations of Chimpanzees in West Africa and published in PLOS One (see write-up of study here also). 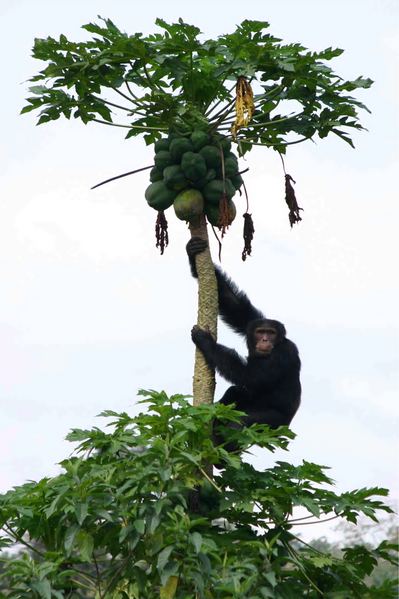 Phase 5: Through a mechanism which is unclear to me the kissing behaviour on hairless skin becomes rewarding to the hairless primate. This is a necessary condition since kissing behaviour in humans is considered a pleasant experience in pair bonding. Thus the presumed pleasant experience of pulling on hair is replaced with direct contact with the skin. No doubt if this is correct, the answer will come from an understanding of the different types of skin receptors.

(b) Working Memory. In one piece of research, the researchers concluded that Chimpanzees were able to identify how productive trees are in terms of the fruits they produce at different times of the year. Indeed the researchers suggest that the Chimpanzees are able to navigate within a forest of some 12,000 trees to those that are ‘in season’ at a given time.

What are the Implications in Humans?

If we return to humans what are the implications of this? One obvious implication is that in pair bonding, kissing has taken over the role of grooming in other primates. However there are two notable examples of kissing in other scenarios that might be explained by this interpretation.

In many cultures greetings are often made with a kiss and such greetings have been refined in terms of etiquette. If such behaviours are equivalent to grooming behaviours then it is possible to suggest that they mean ‘You are invited into my group’. 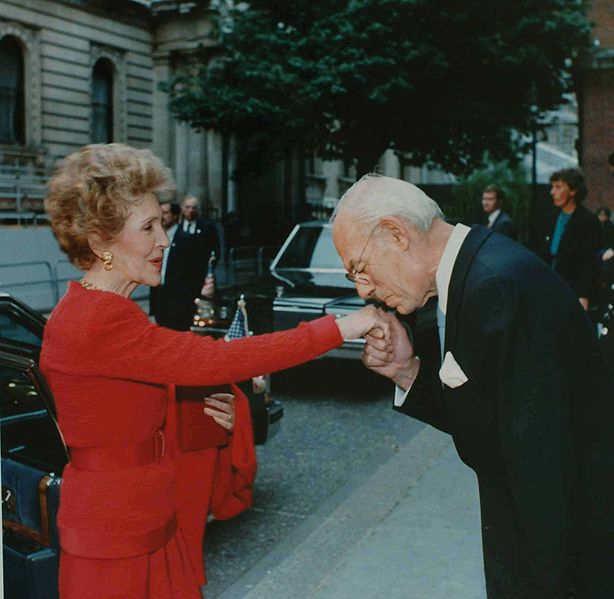 In many sports particularly group sports, the winner(s) will often kiss the trophy. In such cases the trophy can be seen to represent a validation of the winning group as well as approval from the much wider societal ‘group’. In such cases the seemingly unusual behaviour of kissing an inanimate object can mean ‘I welcome the status symbol to my group’.