The Most Important 21 Pages In The Field of Neuroscience? Dr Korbinian Brodmann. The Man Who Mapped the Brain. Part 2 – The Postcentral Region

The Brain is a complex organ, responsible for the full gamete of our inner experiences whether these are our first thoughts on waking, the perception of a rainbow or the sharing of joy with others. Understanding the brain has been an almost unobtainable goal which many great scientists have striven for. One scientist who realised the immense complexity of the task set out to characterise the brain in a more limited way and in the process established one of the most successful maps of the brain which continues to be routinely used over 100 years later. His name was Dr Korbinian Brodmann. In the first part of this series, there was a brief look at the context of Brodmann’s landmark work ‘Brodmann’s Localisation in the Cerebral Cortex’. In the second part of the series we will take a closer look at the 21 pages of his book which relate to the special regions in the human Cerebral Cortex that Brodmann identified.

The central 21 pages of Brodmann’s work are contained within Chapter IV ‘Description of Individual Brain Maps’ in which he contrasts the brain maps of several species including humans. The first region he looks at is the Postcentral region. 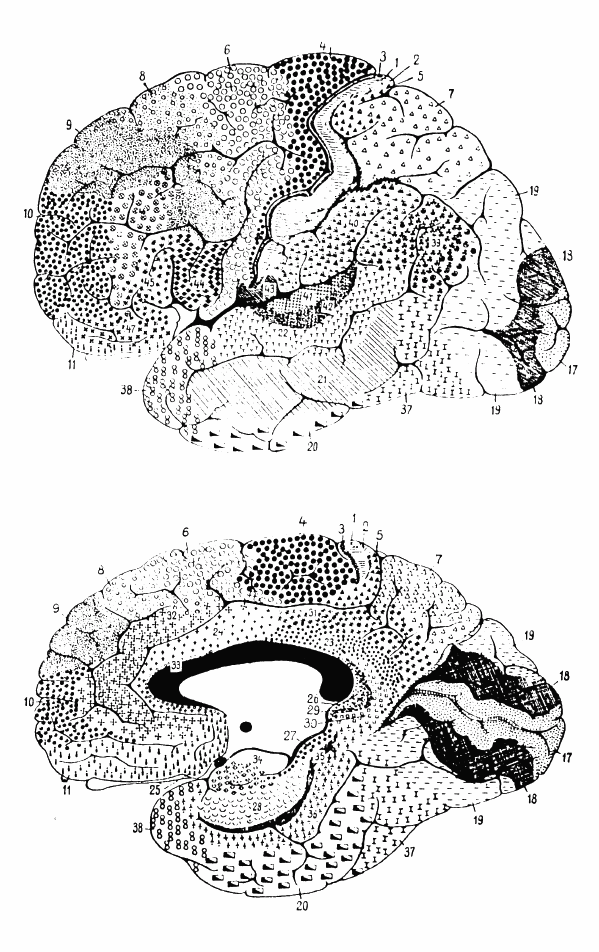 Turning firstly to Brodmann Area 3, although it was clear that this was defined by the above cytoarchitectural distinctions from the Precentral Region and its close relationship with the Central Sulcus, I wasn’t clear from Brodmann’s description of how Brodmann Area 3 was distinguished from Brodmann Area 2. Interestingly he goes on to comment that another Neuroanatomist Campbell distinguishes only two Postcentral regions. From the diagram above from Brodmann’s 1909 work, it is clear that BA3 lies mainly on the convexity of the lateral Cortical Surface although continuing onto the medial surface to a lesser extent. Along the sulcal borders there is some overlap between the Pre and Postcentral architecture with Brodmann describing a mixed architecture occurring in parts. Brodmann refers to BA3 as the Rostral Postcentral Area.

Turning now to Brodmann Area 2 (BA2), Brodmann refers to this as the Caudal Postcentral Area and describes it in relation to the Posterior aspect of the Postcentral Gyrus. In parts, Brodmann describes the difficulty in distinguishing it from BA1 particularly in the region around the Intraparietal Sulcus. Again although the course of BA2 is described , the uniquely characterising cytoarchitectural features are not identified by Brodmann within the Postcentral Region section.

Regarding Brodmann Area 1 (BA1) – the Intermediate Postcentral Area, Brodmann again describes the anatomical course of this region bordered by BA2 and BA3. Cytoarchitectural differences are hinted at by reference to the lower part of the Postcentral Gyrus where the borders with BA2 and BA3 result in a mixed cytoarchitecture.

Finally there is Brodmann Area 43 (BA43) – the Subcentral Area. This is described as a region which results from the unification of the Pre and Postcentral Gyri inferior to the Central Sulcus. Brodman describes BA43 as passing into the ‘depths’ of the Sylvian fissure and bordering with the Insular Cortex.

These areas in the Postcentral region are known to be the Somatosensory Cortex, the location of the well known Sensory Homunculus.